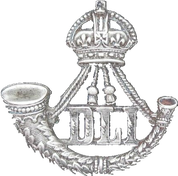 Welcome to my website which for many years had been hosted elsewhere but has now moved to the `Weebly` server/company. The original intention was to create a small website in honour of my uncle whose details are below.
It then grew into the story of the men who served in the Durham`s and is still growing and with your help will continue to grow. If you have stories or photographs of those who served between 1920-46 then please contact me by simply using the contact form at the bottom of this page.
If anyone has a question regarding a friend or family member who served between the wars or in WW2 then I will do my best to advise you but Army Service Records for this period are only available from the Ministry of Defence.   I cannot answer questions relating  to WW1 soldiers  who served prior to 1920 . Sorry.
The only thing I ask in return is a courteous acknowledgement of my  email/ reply, which you will receive to `every` enquiry  received successful or not.
The menu on the left has the various sections relating to the DLI please feel free to visit ,read and marvel at the story of these men.
One thing I do ask is not to cut and paste huge sections from the site and copy images, the photos and stories belong to the families and men this site seeks to honour. Thank you.
Durham Light Infantry 1920-46
4450472
​ ​CPL JOHN WILLIAM SAWYERS GIBSON
1916-1944 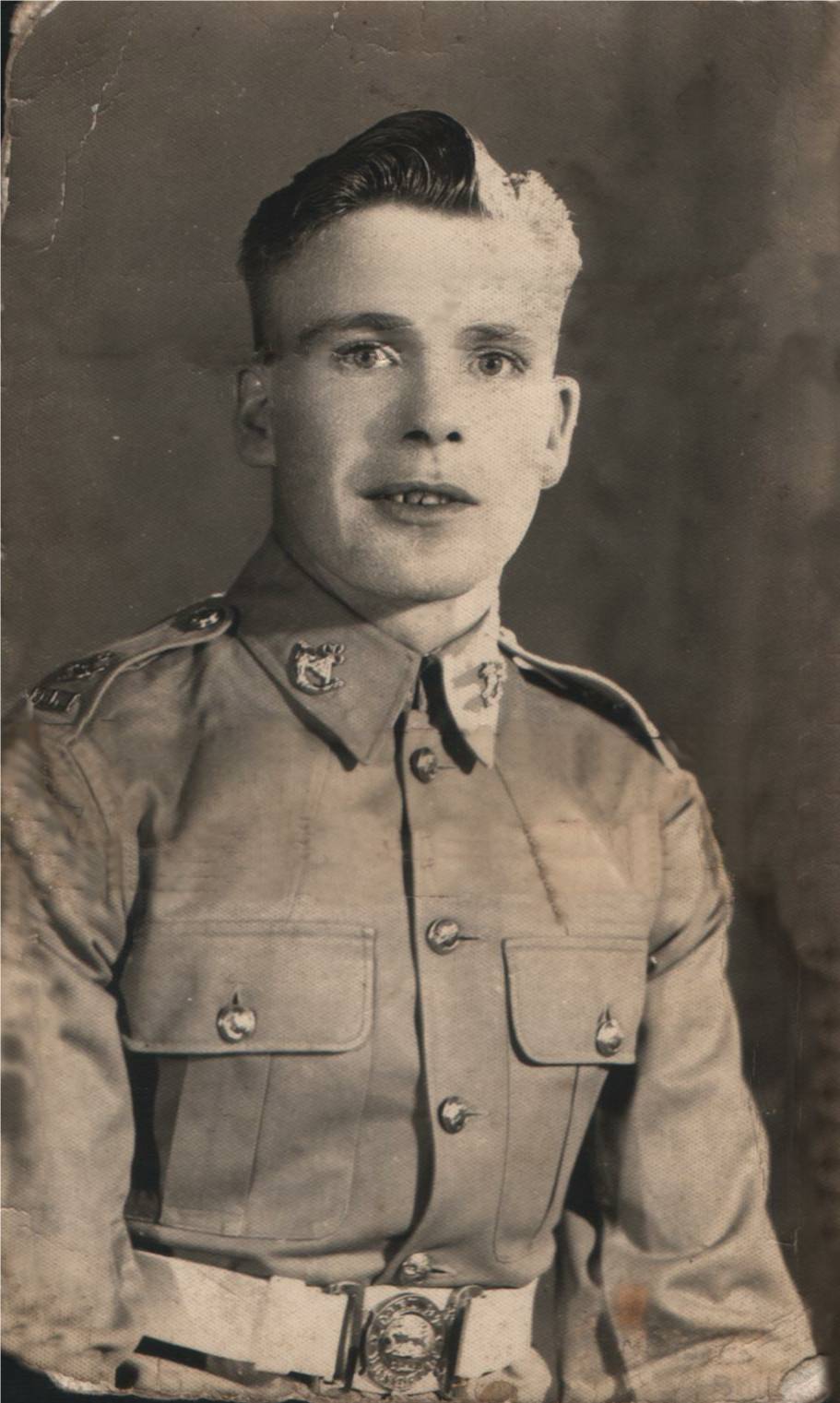 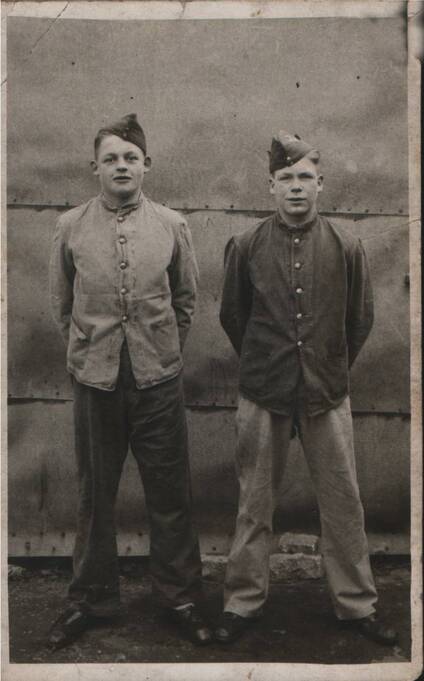 John William Sawyers Gibson born November 10th 1916 The son of Catherine Gibson and James Sawyers he was the brother of Mary, Charles, Freddie Nora, Ada, and Jenny born and raised in Sunderland`s East End. Known to all as `Billy`. Joined the Durham Light Infantry on the 29th September 1933 having stated he was eighteen and given a date of birth of 10th September 1915 ! He  was at Fenham Depot where he gained his 3rd Class Education  Certificate prior to joining the  1st Battalion at Catterick  on the 27th April 1934 (obtaining his 2nd class Education certificate  on the 28th September 1934 ) Here he remained until  the 6th December 1935 when he was posted to 2nd DLI who were then serving overseas , he saw service in India arriving on 28th December 1935 and later in the Sudan . He  re-joined the 1st Battalion Durham Light Infantry on the 30th October 1937 at Port Sudan and journeyed with them to Shanghai China.

`Billy` (Above on the right) photographed with his friend (Unknown) shortly after he joined the Army 1933 picture believed taken at Fenham Barracks near Newcastle upon Tyne. 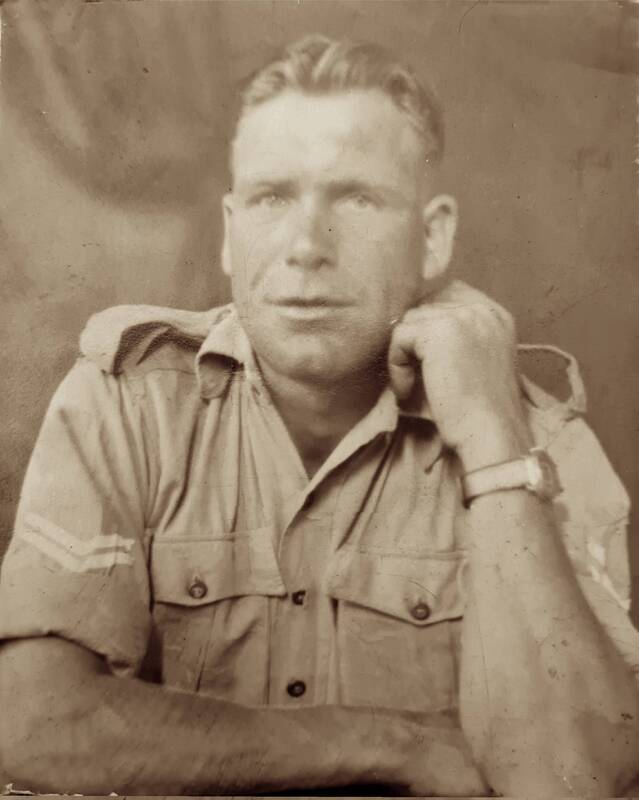 Above:- Treasured photograph of `Bill` in Egypt kept forever by his loving sister Mary . My thanks to Mary`s daughter Janet for kindly sending me a copy of this image. 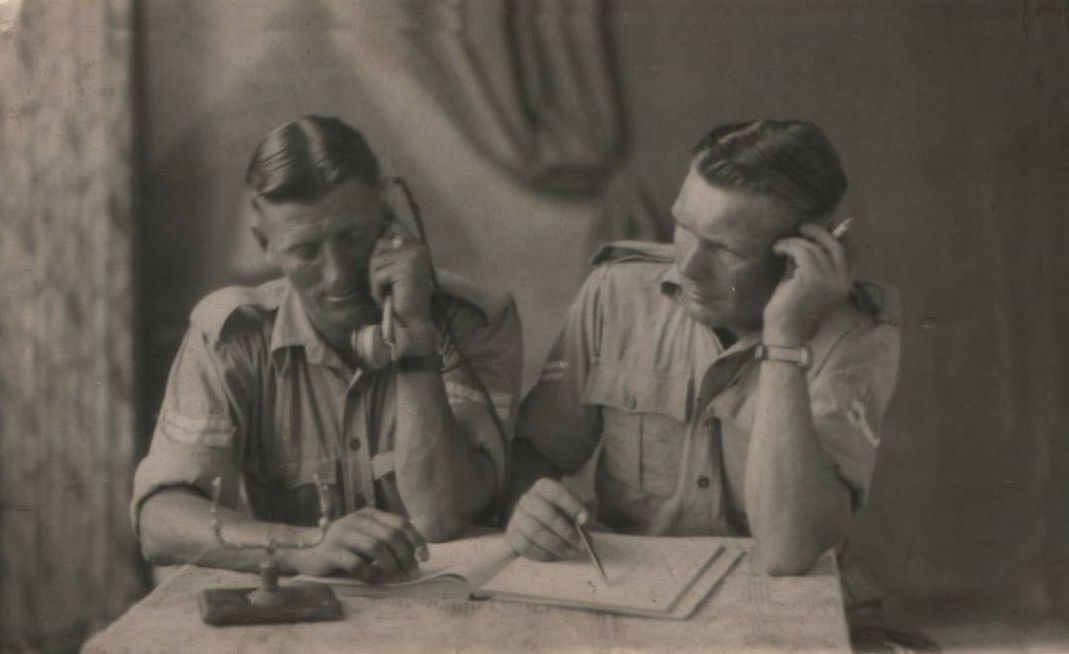 Following the outbreak of war he was on the move again . from China to Hong Kong enroute for Syria and the Western Desert as part of Wavell`s desert army. `Billy` (above) pictured again on the right at the Battalion HQ at Mersa Matruh 1941 he was wounded twice during 1941 .May 15th Fort Capuzzo and November 21st 1941 Tobruk both fighting patrols. He was a member of the Anti-Tank platoon during his time in the desert and spent a couple of weeks attached to the New Zealanders Hq. Following service in the desert he saw service on Malta where he met a girl named Mary who he always vowed he would return to and bring her to meet his Mother .Mary lived in a small house in Dingli,Malta the address on Bill`s letters was no 10 Behind the Church, Dingli, Malta!
Bill returned to the UK in November 1943 and as he had over eight years service (continuous) overseas it was expected he would be incorporated into the training of new recruits but for whatever reason ,the imminent invasion of Europe or something else Bill was posted to `D` Company the 6th Durham Light Infantry who were preparing for D-day.

A story emerged relating to the return of some of the 1st DLI it is certainly relevant to Bills story;-
Cpl James Bell who was wounded with the 1st DLI at Capuzzo. Invalided home he was in charge of the NAFFI at Brancepeth he recalled 15 regular soldiers from the 1st DLI who were sent there after Kos , the NAFFI  girl gave them a bottle of Brown Ale each but they helped themselves to a crate !. The poor girl ran to Cpl Bell and complained he told her not to worry and he would look in on them in an hour or two ! Eventually he went in intending to close the NAFFI but  ended up having a bottle or two with them. Colonel McBain of the DLI entered the room and the men snapped to attention,a second Colonel from the Somersets followed behind He looked at these men and sneered "make the most of it because where you`re going it  won`t be pleasant!"  Col McBain then  addressed the group and told them they were being transferred to other units  , one soldier in particular  took offence to this, Cpl Oliver who had previously won a D.C.M, was told he would be going to the Duke of Wellingtons Regiment. He addressed the two Colonels and said "Begging your  pardon Sir`s  but I`m a Durham, have been for over 15 years I wont be joining no Duke of Wellingtons!"  The Somerset`s Colonel angrily said you have no  choice in the matter its an order!" To which the Durham`s soldier replied "Begging your pardon once more Sir but you can stick that order up your arse !" They all refused to go anywhere but the Durham Light Infantry and said they would rather bugger off than join anyone else . Cpl Bell recalled that Colonel McBain arranged for them all to go to the 6th 8th  9th 10th and 11th DLI but they were split  up .Cpl Bell stated that he was aware that 7-8 were killed just after D-Day!
Strangely enough shortly after this episode `Bill` was brought before a Court Martial for overstaying his leave by 5 days, reduced (briefly) to Private and fined a weeks wages .The wages were nothing but being reduced hurt his pride and he remarked in a letter to his Mother how he regretted leaving the Middle East and wished he could have stayed put! Strange things happened before he left for France which I cannot explain and the family who were around at that time have all passed on .Perhaps the strangest thing was he married ,not his Girl friend from Malta but a lady named Florence Wilson in January 1944 but it is obvious from his letters shortly after that the pair regretted this and had there been time before the Invasion steps would have been taken to end this `marriage. Sadly there wasn't time and Bill never did return from France he was killed in Action near the French village of Verrieres on June 14th 1944.

All material displayed on this site is done so for historical recording only and may not be reproduced without prior permission of the site owner or original donor . All photographs remain the property of their original donors who have given prior permission for them to be displayed on this site.  They are not to be copied under any circumstance in any form for financial or academic gain of any kind.
​The site is privately funded and receives no financial support other than what I put into it.
Please do not dishonour those this site seeks to commemorate by harvesting information or images .  Thank you
2022
Durham Light Infantry 1920-46 Website . Established 2006
Powered by